Deprecated: Function create_function() is deprecated in /home/pucilica/public_html/wp-content/plugins/jetpack/_inc/lib/core-api/wpcom-endpoints/class-wpcom-rest-api-v2-endpoint-instagram-gallery.php on line 1

Deprecated: Function create_function() is deprecated in /home/pucilica/public_html/wp-content/plugins/jetpack/modules/shortcodes/recipe.php on line 1

Deprecated: Function create_function() is deprecated in /home/pucilica/public_html/wp-content/plugins/jetpack/modules/shortcodes/wufoo.php on line 1

Deprecated: Function create_function() is deprecated in /home/pucilica/public_html/wp-content/plugins/jetpack/modules/widgets/blog-stats.php on line 1 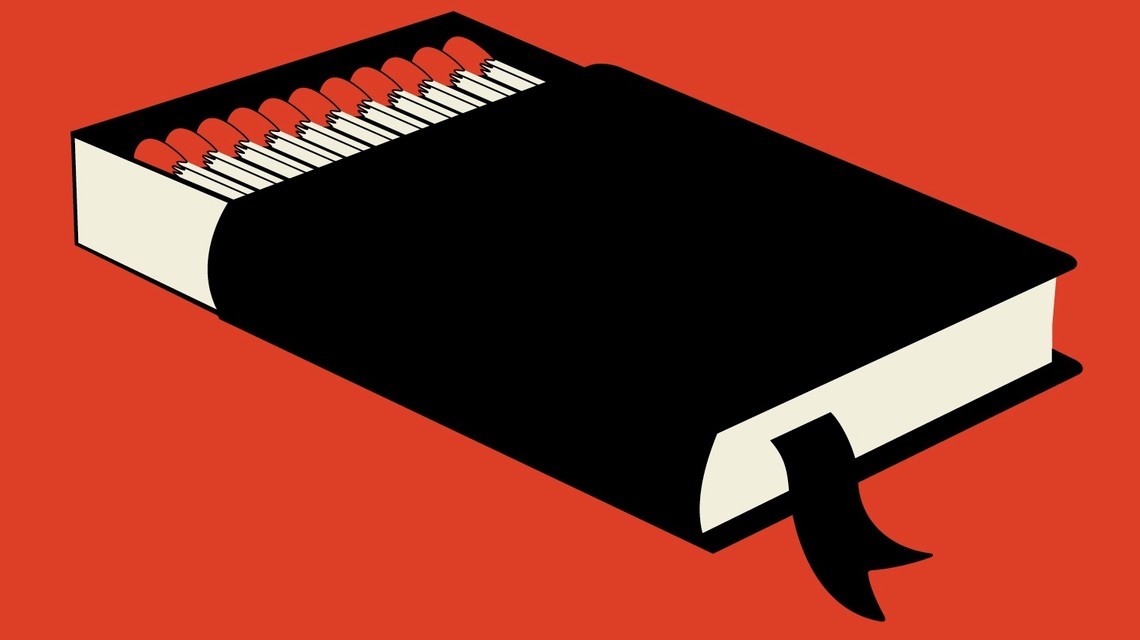 Fahrenheit 451 is the temperature at which paper catches fire. The book presents a fictional universe in which reading is both illegal and irrelevant. Reading is a sin because it triggers thinking and questioning of authority in a world in which instant gratification and mindless entertainment is the norm. The main character of the book is Guy Montag. He works as a fireman, a person no longer in charge of putting out fires, but of burning books and the people who own them. Montag experiences an awakening when he meets his new teenage neighbor. This girl that makes an impression on him with her way of enjoying the simple things in life. From this point on he starts thinking on his own and seeing the value of books. He decides to do everything in his power to save the knowledge contained in them. Everything goes south from here, but I’m not going to spoil any further.

Bradbury wrote this book in nine days, on a typewriter that he rented for a fee of ten cents per half hour at UCLA’s Powell Library. The reason for this is because he wanted the book to be as raw and unedited as possible. Bradbury did not consider himself very political. He did not see himself as belonging to any social or political groups. He wanted Fahrenheit 451 to be as little dogmatic as possible, to solely convey his deep love for books and the importance he attaches to them. I share his passion for lecture and to me it is amazing to see how prophetic the book is. There’s so little difference between the constantly chattering TV walls and their connected Seashells and today’s permanent connection to the Internet. Collective lethargy and neurosis is already emerging. The metaphor is aesthetically different, but its core message stays the same.

I highly recommend this version of Fahrenheit 451, since it has an introduction by Neil Gaiman. The outro includes Bradbury’s words on how the book came to be, critical reception and movie impression followups.