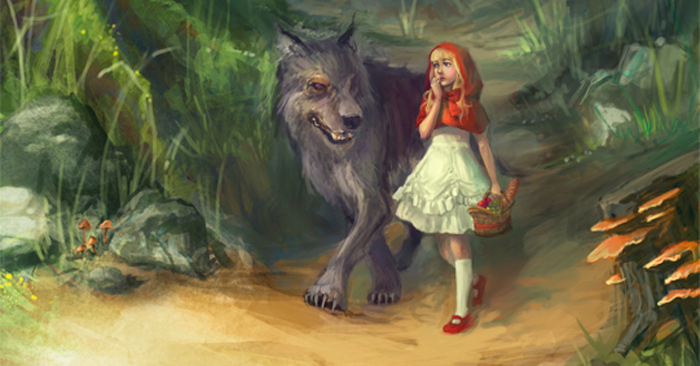 Long story short, I’ve been missing my literary self. That’s why I’ve taken up a course in “Fantasy and Science Fiction: The Human Mind, Our Modern World” this summer. It’s being offered through Coursera, under the University of Michigan. Since I’ll be going through a lot of nifty literary pieces anyway, I though I should  post them on my blog as well, to have them here for the whole eternity. Or at least until the Internet breaks down. Nevertheless, my first assignment – a little bit of good ol’ food for the childish soul inside me – Grimm’s “Children’s and Household Tales” or simply fairytales. I have chosen to focus on the symbolism of eating in some scarce 300 words. Enjoy below.

At the same time, eating allows the transfer of magical properties from objects and creatures to the eater. In “The White Snake”, by eating slices of the mentioned animal, the protagonist is bestowed with the gift of understanding the songs of birds. In another example, Snow-White’s stepmother really believes that she will transfer the girl’s beauty to herself by eating (supposedly) her heart, so: “the wicked woman ate it up, thinking that there was an end of Snow-white.” For this same reason cannibalism is not seen as out of the ordinary. As illustrated in “The Almond Tree”, it is simply the means of regeneration – of naturally ending a cycle of life and beginning a new, improved one.

As a consequence, eating is not linked only to death, but it is also associated with birth, fecundity and ultimately forbidden lust. In “Rapunzel”, the queen manages to bear child only after eating the rampion that she craves for in such sickly manner. In “Little Red Cap” and “The Wolf and the Seven Goslings” the evil wolf always swallows his victims whole and they are rescued alive from his belly in an almost surgical manner: “Then she cut the wolf’s body open, and no sooner had she made one snip than out came the head of one of the goslings, and then another snip, and then one after the other the six little goslings all jumped out alive and well”.

Whatever its symbolism, eating ultimately allows the fairytale heroes of “Children’s and Household Tales” to grow by triggering their destiny.